Saying that licensing is a dominant marketing and retail force might be an understatement. In 2014, licensing accounted for $241.5 billion in the global marketplace. However, that’s not to say other marketing channels should be neglected or not used at all. It’s very important that businesses still maintain a strong webpage by implementing great SEO tactics as well as rolling out annual marketing campaigns, especially when they’re launching new products and services. 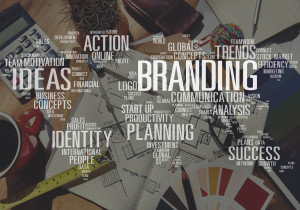 r this year), showed that entertainment/character licensing comprised the biggest piece of pie, totaling 44.4% (over $107 billion). That is not difficult to imagine considering the inundation of licensed merchandise each year associated with feature films, television shows and other forms of entertainment. (A great example is the licensing program developed as a part of the “Despicable Me” feature film franchise, as featured in Variety).

Categories below 2% include celebrities and music.

Moreover, we would expect the celebrity brand category to also grow, although perhaps not rapidly, as celebrities continue to identify the untapped value in their personal brands and follow the path forged by Jessica Simpson (whose annual retail sales are reported to be around $1 billion).

The bottom line is that licensing continues to be a dominant force in marketing and retail — and we expect that dominance to continue.