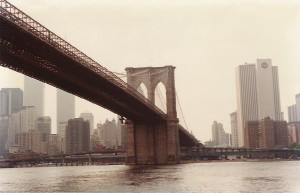 August 4, 2015; On August 3, 2015, the New York Attorney General’s office issued a press release announcing agreements with Amazon, Kmart, Sears, Walmart, and California-based ACTA for violating New York State law concerning the sale of toy or imitation firearms.  An investigation between 2012 and 2014 found that these retailers, and numerous third-party sellers operating through Amazon and Sears, violated New York law concerning the sale of “imitation firearms.” Most of these sales were made online to purchasers in New York. New York Gen. Bus. Law 872 prohibits the sale of “imitation firearms,” which are defined as any device that can “reasonably be perceived to be an actual firearm, air rifle, pellet gun, or ‘B-B’ gun” unless such device adheres to specific requirements set forth in the statute including having bright orange markings along the barrel.  The NYAG’s agreement with the retailers now requires any imitation firearm sold statewide by the retailers to adhere to the stricter, New York City regulation regarding imitation firearms. Among other things, this regulation requires imitation firearms in the city to be “white, bright red, bright orange, bright yellow, bright green, bright blue, bright pink or bright purple,” or made of transparent material that makes it clear that it is an imitation. A copy of the New York Attorney General’s press release can be found here.

The Renzulli Law Firm is available to consult regarding any questions or concerns you may have regarding the New York Attorney General’s recent announcement concerning its investigation into the sale of “toy or imitation firearms” in New York State.Any questions you may have about these developments should be directed to John F. Renzulli or Christopher Renzulli.