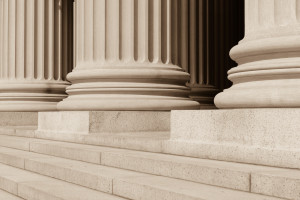 Questions continue to surface concerning the prohibition on firearms sales to individuals on the federal no-fly list.

January 4, 2016; Evidence continues to mount that prohibiting individuals on the federal governments no-fly list from purchasing firearms would prevent many innocent Americans from exercising their Second Amendment rights. Following President Obama’s push for legislation to prohibit those on the no-fly list from purchasing firearms, Republicans pushed back in part because innocent Americans could be placed on the no-fly list by mistake without any meaningful way to challenge being placed on the list. This fear is not merely hypothetical. The Knoxville News Sentinel recently profiled Dr. Patrick Hackett, a veterinarian that has been on the U.S. Department of Homeland Securitys no-fly list for eight years. Dr. Hackett has no criminal record and has never travelled to the Middle East, however he shares his name with a known terrorist in the Irish Republican Army that was jailed in the 1970s for planting bombs in Britain and was therefore placed on the no-fly list. Although he was given a letter of duress by the TSA that he could present to authorities when attempting to fly, Dr. Hackett still encounters problems and now fears that he will encounter similar problems when trying to purchase a firearm. Nor is the fear of erroneously being placed on the no-fly list new. In 2008, for instance, 60 Minutes located twelve Robert Johnsons that had difficulty boarding planes because they shared a name with a 62-year-old man that was convicted of plotting to bomb a Hindu temple in Toronto. Better known examples of innocent people erroneously placed on the no-fly list are Senator Ted Kennedy and folk singer Cat Stevens, now known as Yusuf Islam.

Even prior to the recent push to prohibit individuals on the no-fly list from purchasing firearms, the redress procedure for being placed on the no-fly list has been the subject of litigation. In a case captioned Latif et al. v. Holder, 3:10-cv-00750 (D. Or. 2014), the United States District Court for the District of Oregon held that the governments redress procedures for persons on the no-fly list violated the plaintiffs Fifth Amendment procedural due process rights as well as their rights under the Administrative Procedures Act for failure to provide any post-deprivation notice or meaningful opportunity to contest their continued inclusion on the no-fly list. The government has announced some changes to its procedures in response to the courts decision, however the ACLU, which originally brought Latif, contends that the changes are insufficient and continues to challenge the governments revised redress procedures. A copy of the courts decision in Latif can be found here.

Renzulli Law Firm, nationally recognized as one of the premier law firms in the country serving the Firearms Industry, is monitoring legislative developments affecting the industry and publishing regular updates which are available by e-mail and on this website. Any questions you may have about these developments should be directed to John F. Renzulli or Christopher Renzulli.